The former private listing network for agents seeks to overturn a ruling that threw out its lawsuit alleging the National Association of Realtors’ Clear Cooperation Policy harms competition.

It seems a former pocket listing service is not going down without a fight. The PLS, formerly a private listing network for real estate agents, is appealing a dismissal of its antitrust lawsuit against the National Association of Realtors and three of the nation’s largest multiple listing services.

In May 2020, The PLS filed a federal antitrust lawsuit against NAR and the California Regional MLS (CRMLS), Bright MLS and Midwest Real Estate Data (MRED) over a policy designed to curb pocket listings.

The suit alleged the defendants had violated the federal Sherman Antitrust Act and California’s Cartwright Act for adopting the Clear Cooperation Policy, also known as MLS Policy Statement 8.0, which requires listing brokers to submit a listing to their MLS within one business day of marketing a property to the public.

In January, The PLS re-launched as a public-facing website that takes advantage of the “one business day” caveat to tout listings that appear on the site up to three days before being marketed elsewhere, since a home can be posted there on a Friday and doesn’t have to be submitted to the MLS until Monday. 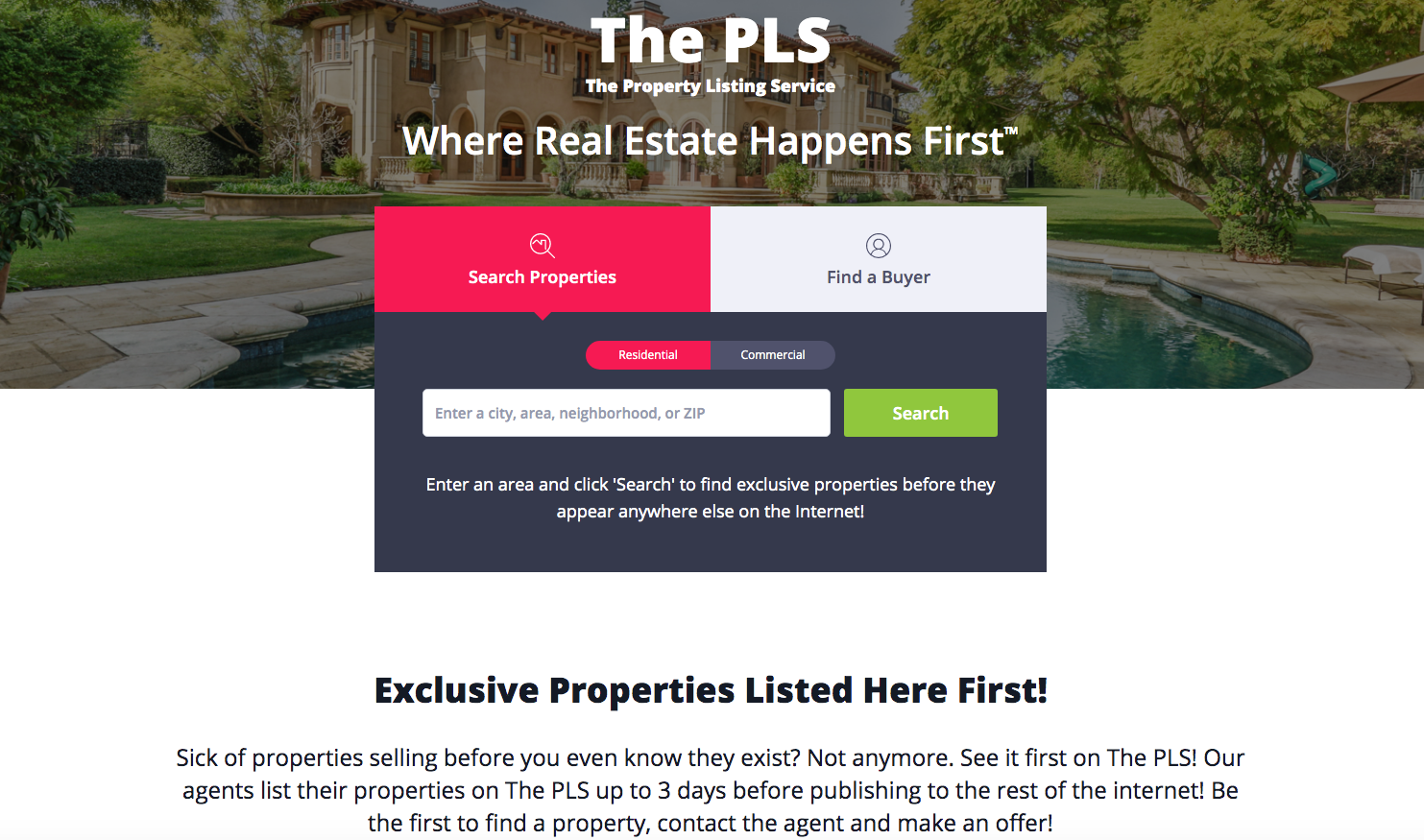 Office exclusives, or listings marketed entirely within a brokerage without submitting them to an MLS, are exempt from Clear Cooperation Policy. Some real estate brokers have threatened mutiny over the office exclusives exception to the Clear Cooperation Policy, which they argue inadvertently benefits large, national brokerages at the expense of smaller, independent brokerages.

The controversial policy is meant to effectively end the growing practice of publicizing listings for days or weeks without making them universally available to other agents, in part to address fair housing concerns. The Clear Cooperation Policy went into effect on January 1, 2020, and its implementation deadline was May 1, 2020. Some MLSs have instituted hefty fines to enforce it.

In August, NAR and the MLSs struck back with motions to dismiss The PLS’s lawsuit, arguing that antitrust laws do not exist to protect competitors, but rather consumers and competition, and PLS had not shown that the Clear Cooperation Policy harmed either.

Last month, in a Feb. 3 opinion, U.S. District Judge John W. Holcomb in Central California agreed with the defendants that, while The PLS had alleged facts showing harm to its own business, the company did not plausibly allege harm to competition and consumers. Holcomb found that The PLS also failed to allege a plausible injury to participants on both sides of the real estate market — not just to sellers, but also to buyers.

Even accepting The PLS’s allegations as true, Holcomb opined that the Clear Cooperation Policy has “some plainly pro-competitive aspects” because it results in more information about market conditions being available to buyers, sellers and real estate professionals and therefore promotes competition among them.

Ultimately, Holcomb dismissed the case with prejudice, or permanently, and without leave to amend, finding that The PLS’s arguments were so flawed that the case could not be saved.

Last week, on Feb. 23, The PLS filed a notice of appeal with the U.S. Court of Appeals for the Ninth Circuit, seeking to have that order overturned. The notice did not include any arguments regarding the basis of the appeal. The appeals court requires that The PLS submit its opening brief by April 26. NAR and the MLSs will have until May 26 to respond to that brief.

The PLS, NAR, CRMLS and MRED did not immediately respond to emailed requests for comment. Inman will update this story if and when we hear back.