NAR to take on schools as a mechanism for steering
Advertisement

NAR Fills Out Advocacy Team, Touts It As 'The Envy of Washington'

Expanding Your Leadership Team? 3 Tips For Finding The Right Person

Pulse: How Are You Spreading Holiday Spirit To Your Community?

Overpriced Listing? How To Persuade Clients To Drop That Number

Airbnb Shoots For $35B Valuation

5 Simple Ways To Stage Your Listing For The Holidays

Offers From IBuyers Are Getting Weaker: Zavvie Report

Prepping Your Home for Sale? Why You Should Hire a Handyman

Historic Hamptons Windmill House Up For Sale For $11.5M

How To Make Home Staging Possible — Regardless Of Budget

Pulse: The State Of The Indie Broker Going Into 2021

Stuck With Moving Boxes? 10 Ways To Reduce, Reuse And Recycle

The National Association of Realtors is set to take on one of the most fraught topics when it comes to fair housing: schools.

It’s no secret that, because neighborhoods and towns are often segregated, so are schools and school districts. “The two reinforce each other,” Bryan Greene, NAR’s director of fair housing, told Inman via email.

Because of that reality, real estate agents who scrupulously avoid discussing race can still racially discriminate by discussing schools instead, as Long Island-based newspaper Newsday found last year in a groundbreaking, three-year investigation that revealed widespread agent bias against consumers of color. 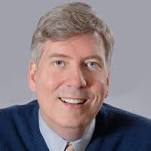 The award-winning investigation, “Long Island Divided,” which included 100 agents at 12 of Long Island’s largest brokerages and 25 trained fair housing pair testers, revealed that, in 86 paired tests, Black buyers were discriminated against 49 percent of the time, while Hispanic and Asian buyers were discriminated against 39 percent and 19 percent of the time, respectively. The interactions were videotaped via hidden cameras legally worn by the testers.

Bill Dedman, investigative reporter for Newsday and now a consultant for the National Association of Realtors, spoke at the Idea Exchange Council for Brokers Forum at NAR’s annual conference, the Realtors Conference & Expo, on Thursday.

He said one way agents sold themselves as experts to potential new clients was to tell them which school districts they should and shouldn’t choose a home in, without even being asked, which meant that discrimination was baked into the first conversation a homebuyer had with a real estate agent.

“The agent might give a speech with a map and ask questions and be sort of introducing the new customer to homebuying and the first thing the agent would start with was, ‘Here’s the list of the school districts you want and the school districts you don’t want.’ And then our testers, of course, are helpfully coming back to the Newsday office with different lists written in the same handwriting of which schools you want or which areas do you want, which areas don’t you want,” Dedman said.

“I hate to say it, but for those agents, it seemed to be the service that they were selling. It seemed to be what they viewed their function as,” he added.

What compounds the problem is when agents provide unreliable information about school quality, which NAR is working to address, according to Greene.

“Sometimes, it appears agents form conclusions based largely on the demographics of the schools or the neighborhoods and steer clients based on this. That’s the worst case scenario,” he said.

Part of the problem is that many agents direct customers to third-party websites that provide school ratings based on test scores.

“Education experts like Richard Rothstein — who wrote his best-selling book, The Color of Law, after discovering school segregation was largely the effect of residential segregation — say school test scores don’t speak to the quality of teaching at a school. Instead, he says it’s a reflection of parents’ income and education, suggesting that same child would ace tests regardless of the school he/she attended,” Greene told Inman.

Dedman pointed out that school rating site GreatSchools just revamped its ratings to not have them solely based on test scores.

“They understand that test scores are closely aligned with income and therefore are in part aligned with race. So say to yourself and say to all your customers three times: School test scores don’t tell you how good a school is. They tell you who goes to that school,”  Dedman said.

“It’s a big myth. People have trouble getting it out of their head, but school test scores don’t tell you how good a school is. But that is the probably the hardest issue. Schools were the mechanism for steering in almost all the cases that we saw. Everything was done by which school districts were recommended to you or that you were recommended against.

“The problem, of course, was that the same customers didn’t get the same recommendations.”

NAR has been exploring how it can support efforts to create third-party information that more accurately captures school quality beyond test scores and highlights other school amenities that parents may want for their child’s varying needs, according to Greene.

“We want to help ensure that the agents and the public have access to objective information about schools that will help them choose a neighborhood and school based on their families’ needs and preferences, and not on neighborhood demographics or subjective impressions,” he told Inman.

“This is a big issue so it will take time to unpack and develop resources, but we expect to start providing some resources on real estate and schools in 2021.”

He believes more accurate information about schools and neighborhoods will make a difference when it comes to housing discrimination and segregation.

“[T]he emphasis of selecting schools based on test scores, and neighborhoods based on those schools, helps perpetuate segregated living patterns; it also may steer families away from neighborhood schools in diverse communities or communities of color, where the schools are actually strong,” Greene said.

At the conference session, Greene said he thought it was “really weird” that agents from the Newsday investigation seemed to assume white and non-white buyers would want different school districts.

“I don’t think they were giving the Asian or Black or Hispanic person [the same] lists … because probably part of what they recognize they’re doing is they’re denigrating the school districts where that person’s race might predominate,” he said.

Dedman noted that one way to handle the steering issue is for brokerages to put in quality controls to make sure every buyer gets the same information.

“It was not at all unusual for us to have the same agent send two homebuyers back to our office, one with a fat folder and one with a skinny folder. They just weren’t even handed the same information. One would get the schools brochure and the other would not,” he said.

“That sounds like something that even in a very far flung, independent industry you could improve on.”

Dedman wondered why agents recommend or choose school districts for their buyer clients at all. “Because as long as your agents are doing that, they’re going to be treating people differently,” he said.

EXp Shares Plans to Blast Into 2021 With Record Growth