Bidding wars have become a common occurrence in markets across the country, fueled by low supply and high demand.

Redfin reported that 70.4 percent of home offers written by their agents faced bidding wars in May. That’s seven out of 10 buyers.

So how can agents better position their buyers to win?

Broker Sarah Renard, who recently helped a buyer win a 20-offer bidding war in Portland, Oregon, broke down how she did it and shared her tips for agents facing similar situations.

Make room in the budget to go above the asking price

In May, Renard’s client, a first-time buyer, found an ideal three-bedroom home with a backyard big enough for her dog to run around in.

Renard has been working as an investor in the Portland market for about a decade. Six months ago, she became a broker with Windermere Realty Trust.

The single-family market in Portland is behaving like most across the U.S. right now, there are few homes available, home prices are soaring, and buyers are hungry.

“As a buyer, you have to be decisive, you have to work quickly, and you have to be aggressive with your pricing and terms,” Renard said. “I think that’s a huge factor in whether or not offers are successful right now.”

The first move that led to her client’s success, was looking at homes with the expectation that they were going to go above asking price. By doing this, she positioned herself to be a strong contender in potential bidding wars. 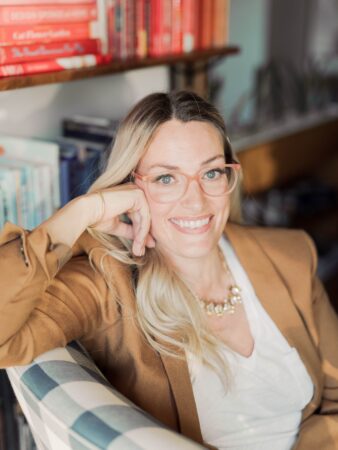 “I think that is something that all buyers are really accepting at this point,” Renard said. “We’re just making an assumption that most of the active homes are going to go somewhere between 7 percent to 10 percent over asking right now. You have to factor that into anything you go look at.”

While there was some back and forth about the final price, Renard’s client had a signed mutual agreement 24 hours after sending in the initial offer, a testament to how quickly homes are moving off the market.

Talk to the seller’s agent

Once Renard’s client decided that she wanted to make an offer, Renard reached out to the seller’s agent to make sure the price range was competitive.

While the seller’s agent wasn’t able to give specific information about the other offers, Renard was able to gauge where her client’s budget stood in relation to them.

“You don’t want to tell someone to go ahead and spend the time writing an offer and getting their buyer’s hopes up if you know they are already $50,000 under an offer you’ve received. That’s just wasting people’s time,” she said.

Agents should also ask the seller’s agent what terms are most important to their client.

“They might come back and tell you price is the most important,” Renard said.

But they may also ask for something specific, she continued, like a rent-back agreement. Even if a bid is the second or the third highest, if no one else is willing to offer that agreement, it will likely win.

Be both the highest bidder and the best bidder

Offering a high enough bid is undoubtedly the largest component in a bidding war, but as Renard explained, it’s not always the only factor taken into consideration.

When it came to her client, the sellers liked the whole package, which included appraisal gap coverage and waved repair requests, two additions that are becoming common in the Portland’s market.

Also important to the sellers, was a fast closing. This, Renard explained, is when having good relationships with local lenders will come in handy for agents.

“Having an agent who has relationships with local lenders who can get you done quickly, that can make a difference in a deal,” she said.

A trusted local lender can also call the listing agent personally and give them a time on the closing process and reassure them that the buyer has strong financing.

It was important that Renard’s client made it clear that she cared about the home she was fighting for.

“That was very powerful for the sellers,” she said. “It showed that she wasn’t just desperate to get a house, she really loved this house, and the sellers felt really good about leaving their house to someone who was going to be a good caretaker.”

How agents can help their buyers prep for the competitive market

First and foremost, agents should make sure their buyers have a “must have” and a “nice to have” list, Renard stressed. This will allow agents to trim down the amount of homes they need to show their buyers.

“We’re not going to spend time going out and falling in love with something that doesn’t have a garage if you have said that a garage is a must have,” she said.

Agents should also make sure their buyers are pre-approved and have enough knowledge of the housing market to determine what a house is worth to them.

But ultimately, Renard added, all the tips and anecdotes won’t help unless the buyer is knowledgeable about the market, decisive, and aggressive.

“Having a client who is decisive and aggressive, I think, is just as important as anything I can do as an agent. So my job is to get them to that point,” she said.