Investors’ return expectations are out of control

Democrat Crime Wave: Their plan is to increase crime and remove police more and more until they can get their ‘Green Militia enacted

Tucker: You are watching the death of the future of our country

Gold Is Best Bought Before the Next Economic Crisis – Investment Watch

THE LAST STRAW WILL COME IN FIRST 6 MONTHS OF 2022

As The PPT heads to The White House, Friday’s plunge in stocks and bond yields is magnificently erased ahead of a smorgasbord of FedSpeak this week… 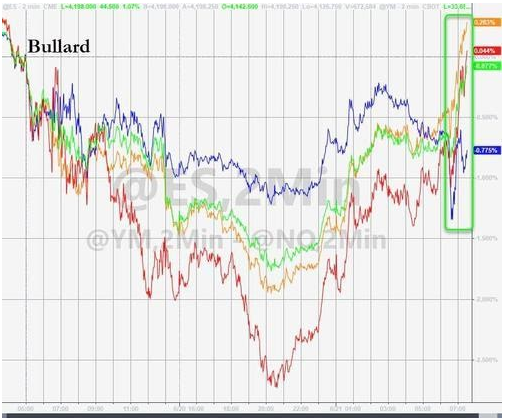 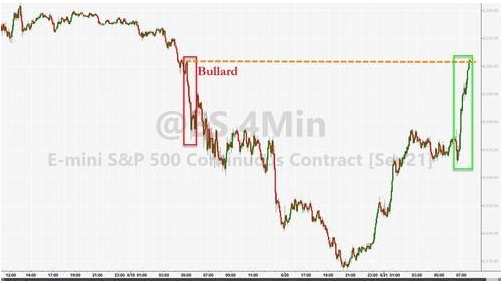 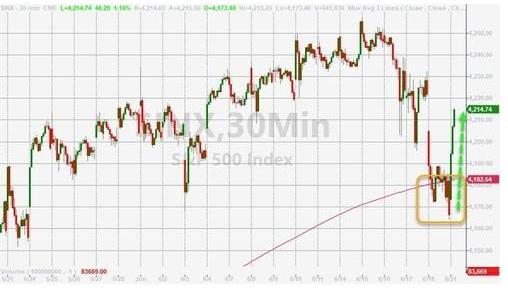 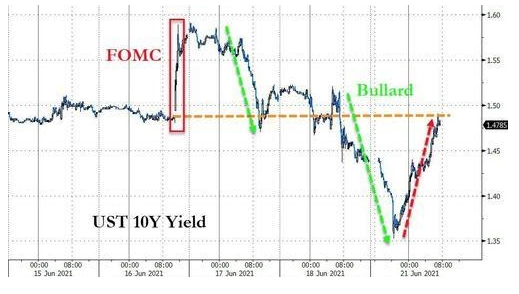 So, what’s going on?

We could nuke China and the market goes up ☺

It’s almost like someone is in the background buying everything…

Blips caused by humans are immediately erased by the algos.

Skynet is programmed to elevate the stock market to a predetermined level, regardless of what real world events transpire.

That is why corrections only last a few days.

So Skynet front runs that rise, causing a correction to never take hold.

When you look at the “market” through the eyes of a computer, then everything makes sense.

Who owns Skynet? The same people who run the US government, but you never vote for them.

If you ask me, high frequency trading and stuff like that should be banned, as well as fiat currency and the fractional banking system.

You want sound money? Look at the German economic miracle between 1933 and 1939, see how they did it. Hitler totally decoupled Germany from the international banking system and Germans used their own currency backed by labour to rebuild.

One may argue that the Earth is under remorseless attack by alien species created by the Temple of Usury.

The Federal Reserve’s unlimited balance sheet is the physical manifestation of a virtual reality projected onto humanity, that’s in conflict with the laws of nature and intelligent design.

Temple Law wants to undo God’s majestic work with Capitalism 2.0, an operating system that drives a programme of weaponized usury in the minds of the people.

Under this system a few have become obscenely rich while the majority suffer. The unrelenting Debt Creation and Currency Debasement from their pyramid scheme are immiscible with the sustainable Laws of Nature.

The Temple of Usury banking cartel has installed a parasitic reality upon humanity. This alien species is a virus causing the infected to unleash an unremitting attack on itself and the planet.

Once the rest of the world realizes we produce nothing other than dollars and financial swindles, we’re in big trouble.

Until that day, we’re on a rollercoaster to hell.