Rates have been rising since January, though one economist expects further increases to be “more muted” in the coming months.

After months of wildly low mortgage rates, which fueled a surge in refinancing interest, Freddie Mac announced Thursday that average rates for a 30-year, fixed-rate loan have now ticked back up above 3 percent for the first time since July.

Freddie Mac’s announcement is based on a market survey, and revealed that the average rate is now 3.02 percent. While that will still seem good to people who have been in the housing world for decades — rates topped 18 percent in the early 1980s — it does represent an increase compared to recent months. Specifically, rates fell below 3 percent last spring when the coronavirus pandemic struck and have remained in that same neighborhood ever since.

The survey shows that average rates for a 30-year, fix-rate mortgage bottomed out in January at around 2.65 percent. They’ve been climbing since then, though this is the first time they’ve crossed the 3 percent threshold this year. 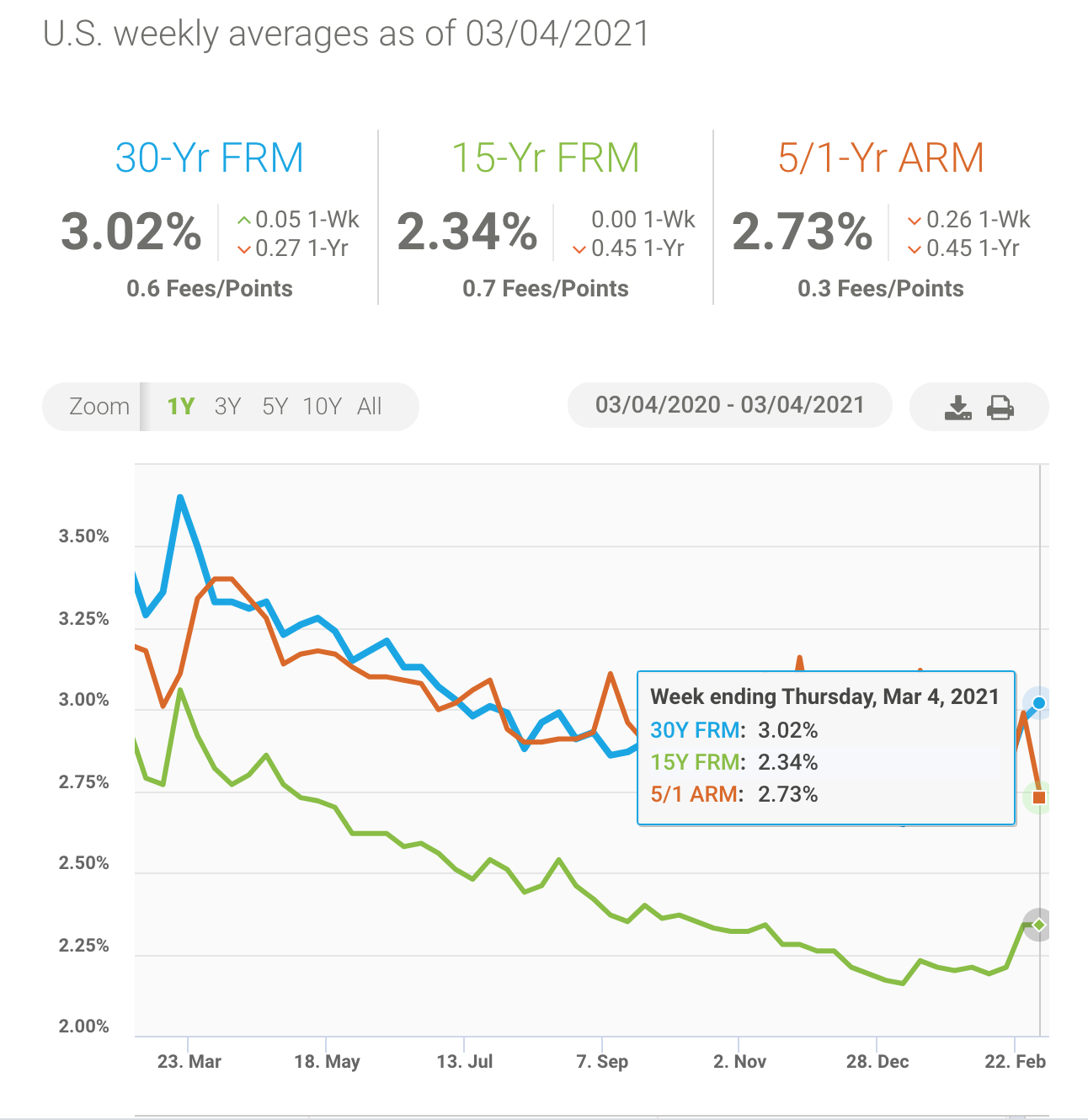 Low rates in recent months have led to a spike in lending activity, with a total of 3.51 million residential mortgages being originated during the fourth quarter of 2020.

In a statement on the new findings and higher rates, Freddie Mac economist Sam Khater said “the impact on purchase demand has been noticeable” from the rising rates. That said, Khater struck an overall optimistic tone about the near future.

“While purchase activity remains high, it has cooled off over the last few weeks and is currently on par with early March, prior to the pandemic,” he said. “However, the rise in mortgage rates over the next couple of months is likely to be more muted in comparison to the last few weeks, and we expect a strong spring sales season.”

Though the rising rates will likely be unwelcome news for homeowners looking to refinance, many in the industry have been predicting this outcome. That’s in part due to the fact that the the yield on the 10-year Treasury note has generally been rising since last summer. Mortgage rates tend to the follow such yields, which themselves typically go up as investors become more confident in the economy.

And despite the slight uptick in rates, there’s no indication the broader housing market is anything but hot right now. Thanks to low inventory in many places, agents across the country have in recent days told Inman that prices in their markets continue to rise, demand remains strong and they’re still seeing multiple offers on properties.

3 Reasons to Invest in Recessed Lighting Before Listing Your Home